The longer-term strategist amongst employers are looking at adequate recruiting and retaining practices for the growing numbers of Generation Z entering the workforce.

After seeing the Millennial struggle with university debt, the younger generation are more open minded than ever to considering what path to choose post-secondary education. There’s a clear association between the changing assumptions of career paths for Gen Z, and the impact for companies looking to hire young talent.

47% Increase from 2016 on the awareness of degree apprenticeships.

The longer-term strategist amongst employers are looking at adequate recruiting and retaining practices for the growing numbers of Generation Z entering the workforce. Ryan Jenkins, a Gen Z expert, shares his insight into how brands can recruit in a way that appeals to younger generations while creating a workforce culture that keeps them around. Companies are likely to welcome Gen Z into their workplaces earlier than anticipated. Young people are now open to opting for less traditional education routes and seeking employment within a company that provides on board training.

75% of Gen Z say there are other ways of getting a good education than going to down the traditional route.

Mike Thompson, Head of Apprenticeships at Barclays and a member of the Government’s Apprenticeship Delivery Board comments; “The significant increase in tuition fees and student debt has created a significant shift in attitudes towards university, as illustrated by our research. It’s encouraging to see that students, parents, employers and teachers are all considering alternatives to the traditional university route, especially with the introduction of the Apprenticeship Levy opening up apprenticeship opportunities across the UK. We now need to work hard to further banish any stigma attached to apprenticeships, especially amongst students who may worry their parents perceive this as a ‘disappointing’ choice, which is simply not the case.”

Barclays strive to be a forward-thinking bank and a force for stability, with 3,000 apprenticeships on their programme, from Foundation to Master’s level. According to their recent study with over 2,500 respondents, perceptions are changing for not only students but parents, careers advisors, and employers and in favour of being open-minded and considering alternative options. The Barclays respondents indicated a 47% increase from 2016 on the awareness of degree apprenticeships.

Almost half (48%) of students and graduates who left university in the last five years say they regret their decision to go to university and 44 per cent say they do not need a degree to do their current job. 2016 saw that 65% of parents thought university was the best option for their child. However, in 2018 71% of parents would encourage their child to do an apprenticeship over a university degree.

These results that indicate a shift in the number of people entering the workplace, comes as the Office for National statistics (ONS) released the UK Market report for employment-related statistics for the UK, illustrating an evident drop in unemployment. 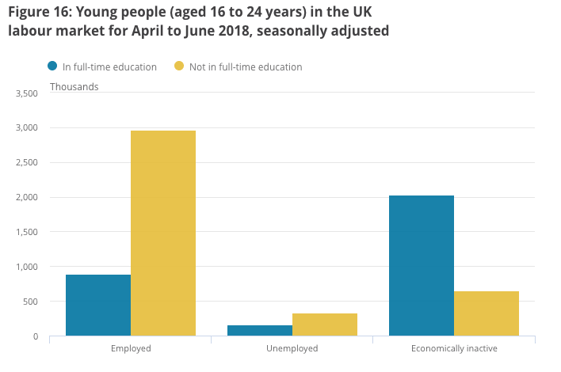 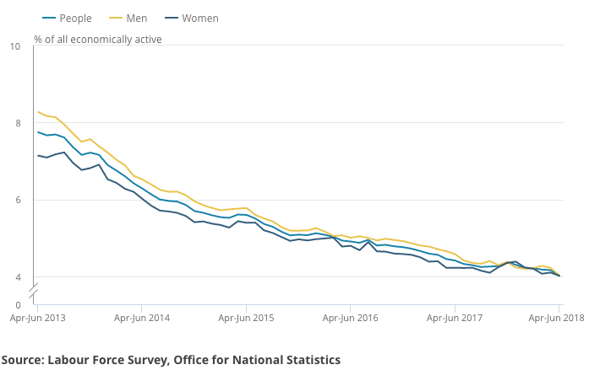 Young people: A shocking 70% felt their parents would have been disappointed if they had not gone to university and when asked their reasons for choosing university, almost a fifth (18%) admitted they only went to please their parents.

Parents: 71% said they would actually encourage their child to do an apprenticeship over a university degree, revealing a significant shift in attitudes compared to 2016, when 65% of parents felt university was the best option for their child. Parents are also becoming increasingly knowledgeable about higher education with 64% of those polled now aware of degree level apprenticeships, compared to only 17% in 2016.

Employers: Fear of not being able to get a job after university was a prominent worry for 42% of young people who did (or are doing) a degree and 58% cited improving their job prospects as the reason for obtaining a degree. However, 70% of employers said they valued degree apprenticeships as highly as a university degree and 96% say they would hire someone who had done an apprenticeship or a degree via the apprenticeship route.

Teachers: Educators’ attitudes are changing too, with almost half (42%) of those surveyed saying teachers discussed apprenticeships as an alternative career route, compared to under a quarter (24%) in 2016.

Apprenticeships and Skills Minister Anne Milton said: “Our universities are world-class, but there are other routes to a successful career. We want to change the perception that one route is better than any other. Doing an apprenticeship brings amazing opportunities; you are earning while you are learning, and getting really valuable skills that will make you an attractive prospect to businesses.”